This past weekend was pretty special.  As most of you have heard, I've had the pleasure of getting to know a gentleman named Kevin Bresnahan though the efforts of my 26 in 2013 campaign.  Kevin grew up with Chase Kowalski's parents.  He knows them very well and like so many of us, he began searching for a way to help out after December 14th.  He started 1000 for Chase (10004Chase.blogspot.com) and has pledged to run 1000 miles in honor of Chase to raise money for The Chase Kowalski Memorial Fund. And to date, he has raised a significant amount of money.

Kevin and I teamed up, along side his family, to run this past Sunday together for Chase.  When I arrived at the race, I met up with Kevin's sister Beth, who've I've gotten to know very well through our running goals.  Beth informed me that Chase's parents had texted Kevin earlier that day asking us to "run hard" for Chase.  If you don't know much about Chase, let me fill you in on something special about that little boy.  He was a runner.  Not just a runner, but that amazing little boy had already completed a triathlon in his lifetime.  How many of us can say that?

We all took the message of "Run Hard" to heart and we pushed to the limit to make Chase proud.  Kevin ended up winning second place in his age bracket and Beth and I had one of our best 5k times to date.  Because Kevin finished ahead of me, he ran back and met me while I was on my final stretch.  I welled up as he handed me a picture of Chase to finish the race with.  And as I crossed the finish line, I kissed the picture and held it up for those around me to see.

There's just something so empowering about running for the loved ones that we lost that terrible day.  You'd have to be closed off emotionally not to feel them with you when you run.  Each race is so special in its own way and there never fails to be some experience that stands out which makes you know for certain that that person is with you.  A sudden burst of energy when you mentally call out their name, an overwhelming warm feeling out of the blue, a flash of a mental image, a sudden need to shed a tear, aches and pains releasing their grasp on you at just the right moment.  These are things that happen over and over again on my races.  There is always something that I can point to at the end of the day that makes me know for sure that that specific child or teacher was with me.

It felt wonderful to run for Chase.  To do the thing that he loved the best in his honor.  To be his legs.  I have this great mental picture of him spending his days running like the wind now.  Laughing and running circles around all the children up in Heaven.  Taking a break to catch his breath to pop his head down through the clouds to check in on everyone that he loves and then going back to his fun.  It has to be true.  It just has to be.

Here is the fleet footed Chase Kowalski.  The eighth angel that I have now run for: 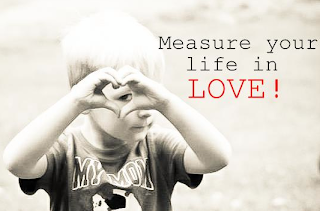 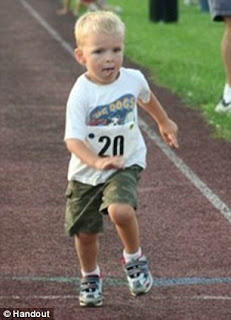 Full race album available on the facebook page 26 in 2013 for Sandy Hook﻿:

Kevin Bresnahan and I- Warriors in sneakers: 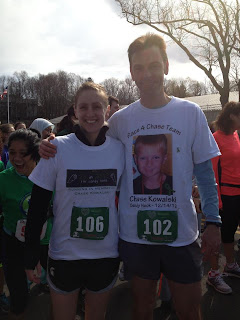 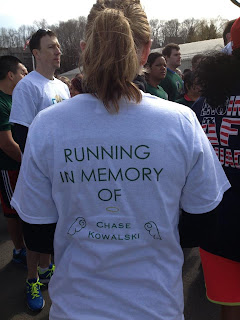