Back on May 18th, I ran in Danbury at their "Spring Forward for Sandy Hook" event.  I ran this race for Lauren because the school that was hosting the event was where Lauren had been a regular substitute teacher and her presence was still strong in their walls.  Her loss, a heavy weight on all of their shoulders.  Two things struck me particularly hard that day.  One.  People that work towards good will always out number those that strive to do harm.  Two.  Meeting family members of those that we lost on December 14th is sort of like meeting a celebrity.  Allow me to elaborate on both those points...

Firstly, the overwhelming love and support that radiated through the crowd at this race was beyond moving.  Each of the elementary schools, as well as different organizations through out Danbury, sat stationed, poised and ready at various check points throughout the race.  They were armed with massive signs that preached love, community and above all, unity.  As you ran, you were enveloped in their shouts of love and support.  Children ran out into the road to race a few steps along your side and reach for your hand, even though they you were a total stranger to them.  They passed out water.  They cheered us on.  It was a beautiful reminder that there is so much more good in this world than bad.  And that children are our greatest assets in finding the good in anything.

Secondly, I need to touch upon what it's like to meet family members of those lost.  I met with Lauren's aunt at this race.  The night before the race, my friend Beth had reached out to me to ask if I would like to meet her because she had a mutual connection.  I, of course, said that I would be honored, and ran through some ideas of things that I would like to say to her so that I would be prepared.  I went into race day confident of what I would say when we came face to face.  But as we approached her that afternoon, my mind went blank.  Nothing that I had planned to say felt good enough.  It felt too superficial.  It wasn't enough.  What on Earth do you say to someone that lost so much in the blink of an eye?  I just wanted to hug her and not say anything.  I wanted to cry on her shoulder suddenly.  Grieve along her side.  Lauren isn't mine to mourn.  But I will mourn for her every day.  And saying something like, "I'm so sorry for your loss", just isn't enough anymore.  It's just not enough to be sorry anymore.  This can never happen again.  The only way to find some solace in this terrible thing is to make sure that people take what has happened here in Newtown, and use it to ensure that this never. happens. again.  EVER.

It is the only way to properly honor those beautiful souls.

Here is the lovely miss Lauren Rousseau.  The 12th angel I have now run for: 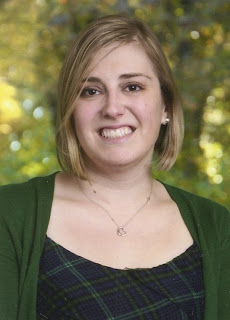 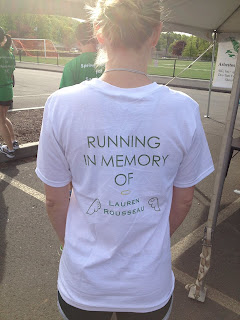 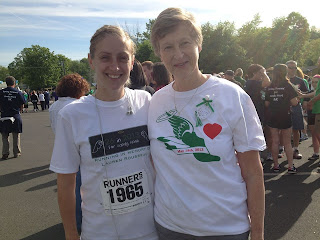