I chose the ShamRock and Roll for Ana for a reason.  She was born to parents who are deeply connected to the music scene and, from what I have read and seen in video clips, Ana seemed to have been given the gift of music directly through her DNA.  I've seen video's of her singing that will dissolve you into a million pieces.  So pure and so joyful.  The love of music just seeps out of her and it's impossible to miss.

But what I didn't know when I signed up for this race, which was based out of New Haven, CT, was that Ana's father apparently spent quite a good deal of time playing music in the areas clubs.  That was a happy coincidence for me to discover on Sunday.  I felt like it was a tribute to her father and her all at the same time.

When I look at Ana pictures, it's impossible to comprehend that she's gone.  Her spirit and personality literally jump off the page when I see her.  That beautiful hair, gorgeous smile, and a personality that you can just sense through looking at her eyes.  It makes me sad that I didn't know her.  Like I have missed out on an incredible honor.

As a Newtown resident, I find it really hard to not think about the fact that there is a very good chance that I passed one of these children in town at some point.  Ana could have been in the line over from me at the grocery store one day, just waiting in line with her mother.  Jack could have been playing baseball at the fields in Fairfield Hills where I've walked my dog a million times and where I always stop off to watch the game for a few minutes before continuing on.  So close, yet so far.  Whether we know it or not, all of our lives are intertwined in some way or another.  We all impact each other directly or indirectly.  And one of the legacy's that these 26 beautiful people are going to leave behind is that we all will stop for a moment when we are tempted to be short tempered to a stranger.  Take that extra second to realize that every person we meet is fighting their own private battle.  And take a note from Ana to allow time in life to appreciate the music of the world around us.

A small example of yet another way these loved one's will never be forgotten is that I will never be able to look at my Kindle again without thinking of Ana.  I read that her mother had bought her a Kindle the day before the shooting.  It was the thing that Ana wanted most for Christmas.  Every time I pick up my e-reader, I will think of Ana.  I will think of that personality that burst off the page.  And I will feel a twinge of regret that I never was privileged enough to see that spark in person.

I'm emotional thinking about this little girl.  Do me a favor and listen to your favorite song today and sing it out loud at the top of your lungs in her honor.  If she were here, I bet she would be doing something just like that.

This is Ana.  The fifth angel that I have now run for. 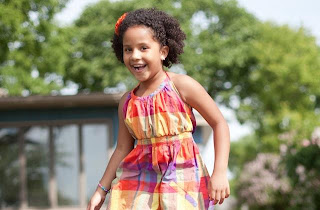 Full race album available on the facebook page: 26 in 2013 for Sandy Hook. 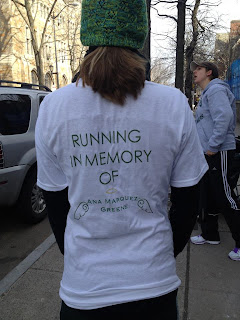 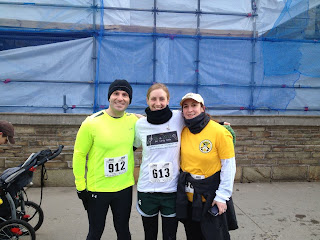