This past Saturday is going to be one of those days in my life I will never forget.  15,000 people showed up in Hartford for the Sandy Hook Run for the Families in a very powerful statement of love.  If you've never seen what 15,000 people look like in an organized block, please let me help you visualize: 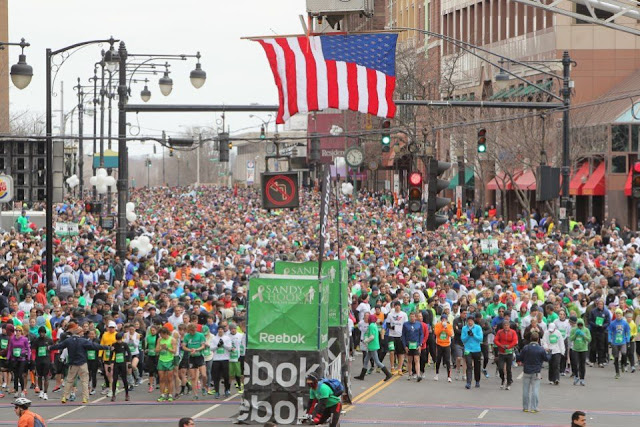 It needs to be said how outstanding the management of this event was.  I expected horrific traffic getting into the city, impossible parking situations, massive lines of people trying to get tshirts, bib numbers, water, food, etc.

Not the case at all.

The Hartford Marathon Foundation has this stuff down to a science.  And I was floored by how flawlessly the day went.

It was a really cold day, but spirits were high and the love was strong.  Kind words were spoken by all and strangers made connections with strangers while waiting for the race to begin.  Almost everyone donned a tshirt with the name of a specific person we lost on December 14th.  Teams were organized to honor those we lost.  It was over whelming and very emotional.

I have to make a confession here.  I did not run this event.  I had to walk it.  I think you can get an idea as to why that is, by looking at the photo above.  You try running in that mass of bodies!  HA!  Unless you made your way to the front of the pack, running was nearly impossible.  But I really enjoyed walking the course with a group of my friends.  It was a nice change of pace....literally.

In the down time before the race kicked off, my friends and I were warming up in a near by building.  While we were standing there, a woman walked up to me, touched my arm and said, "I'm so sorry for your loss."  She was referring to my shirt and how it said, "Running in Memory of Dawn Hochsprung" on the back.  She assumed, as so many do at my races, that I was personally connected to the individual named on my shirt.  It's very hard to explain to someone in a fleeting moment that I do not actually know these people, so I always respond with a simple, "thank you".

What I wanted to say on Saturday, had I been able to steal a few minutes of that sweet woman's time, would have been this:


"I'm sorry for your loss as well.  We all lost something on December 14th.  We lost children that held so much promise.  Educators that excelled at helping young people expand their minds and who guided them towards becoming the people that they are going to be.  We lost a piece of human dignity and respect for life.  We lost a principal that loved her school family so much that she ran towards emanate danger in an attempt to keep them safe."

I marvel at Dawn Hochsprung's strength and courage.  Witnesses have explained that when the first shots rang out in the school, Dawn was in her office.  She could have barricaded herself behind the door.  But she didn't.  She sprinted from her office and lunged herself at the shooter in an attempt to disarm him before he could do any harm.  She was fatally shot in her attempt.  But even though she was not able to over take the gun man, she managed to save countless lives by turning on the intercom system in an effort to warn the teachers.  Through the intercom system, teachers overheard screaming and crying.  Bullets being shot off.  The early warning gave Victoria Soto the time she needed to hide her children in the closet of her room and offered her the chance to develop a reason for their absence from the classroom when the shooter forced his way into her classroom.  It gave Janet Vollmer, the time she needed to lock the doors to her Kindergarten classroom, draw the blinds, and usher the children to a safe corner of the room where she read stories to them in order to keep them calm and reassured.

Dawn may not have been able to save everyone in Sandy Hook Elementary that day, but she certainly did not die in vain. We will never know exactly how many lives she saved that day.  Her bravery will never be forgotten.

Newtown has ensured that her legacy will live on and that the things that she stood for in life will continue to be fought for.  As a community we will be reminded of her every day.  This message is on every single school bus in Newtown: 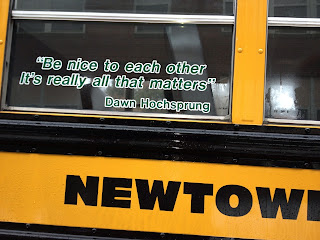 Be kind to each other, each and every day.  If not for yourself, for Dawn.


Here is the very brave Dawn Hochsprung.  The 7th Sandy Hook angel that I have now run for: 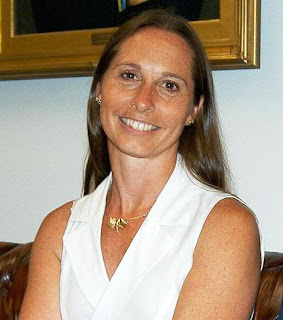 Full race album available on the facebook page 26 in 2013 for Sandy Hook:﻿ 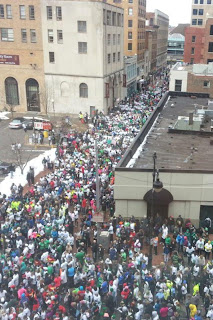 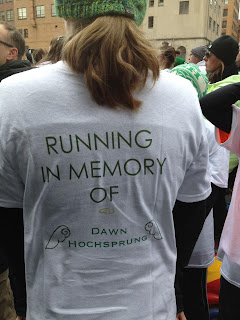