On Saturday, I unexpectedly kicked off 26 in 2013.  Sunday was slated to be my first race, but early Friday evening I heard about a race on Saturday that was being put on with all proceeds going to benefit the Sandy Hook Family Fund.  How could I say no to that?  So, Catherine and I got ready to race and kick off this "project"  a little bit earlier than I expected.

It felt great.  Even though the temperature was less than desirable, the spirit amongst the people running was warm and loving.  They were all there for Newtown.  For the people we lost.  The fact that so many would come out in freezing cold temperatures in a show of love and support was so touching.  And I was amazed at how many people approached me, after recognizing the logo on my t-shirt, and wanted to talk to me about 26 in 2013.  Their words of encouragement meant so much to me.

I'm so glad that 26 in 2013 is finally underway.  It feels so great to have it be a reality rather than something that I'm just planning and talking about in theory.  It's real now and I'm finally doing something to put my feelings into action.

I looked at a picture of Catherine before I left my house Saturday morning and studied her beautiful face.  I spoke a few words to her in my mind before the starting horn sounded for the race.  And I kept her image in my mind through out the run.  I thought of her when I felt tired and forced myself to push through.

Here is Catherine V Hubbard.  The angel that I ran for: 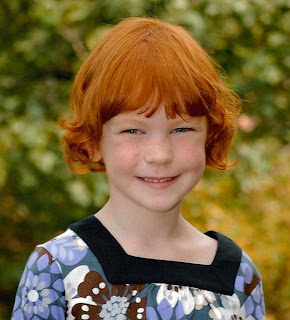 Here are a few photo's  of my race this weekend.  You can view the complete photo album on my facebook page, "26 in 2013 for Sandy Hook". 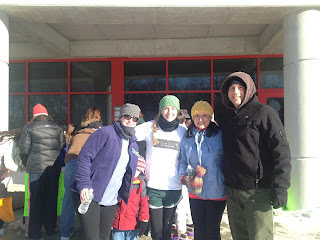 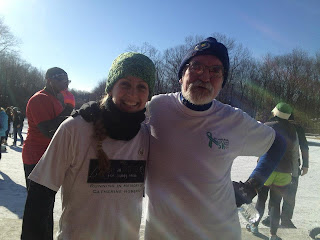 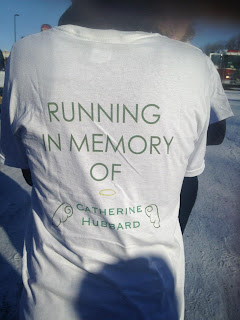 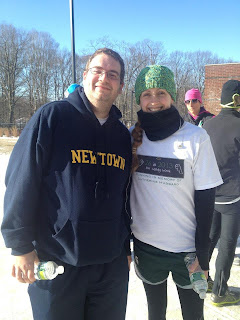